Feeding sessions with your baby can often be frustrating enough without issues with the bottle! It’s frustrating to know that the problem of baby bottle nipples collapsing is common with many popular brands. Whether you’re using Avent, Medela, Tommee Tippee, or Dr. Brown nipples, collapsing can happen with all of these brands! Why does this happen and what can you do to prevent this?

There are a few reasons that may cause your baby bottle nipple to collapse during feeding. Some of the more common reasons involve an obstruction in the airflow, milk flowing too quickly, incorrect assembly or even a nipple that is the incorrect size.

Many parents who bottle-feed their little ones will more than likely have experienced a collapsed bottle nipple or two in the process. It can be quite annoying to try and rectify this situation when you’re dealing with a fussing baby.

If you’re using a particular type of bottle for the first time, or the vent system is not one you’re familiar with, it just adds to the frustration. It might help to understand a few of the common reasons why a nipple collapses.

In many instances, nipple collapse happens when your little one is sucking faster than the milk is flowing. As the baby grows, they start sucking harder to get more milk. If the nipple is too small, this harder sucking creates a vacuum inside the current nipple. 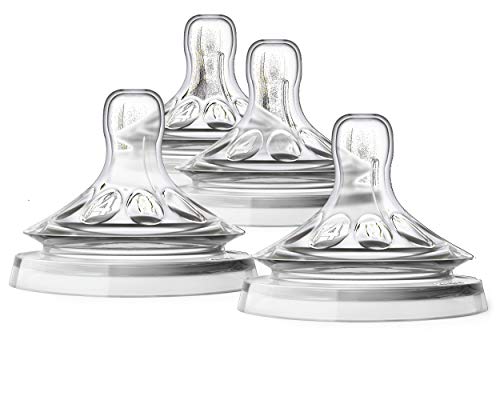 This happens because the airflow valve isn’t constructed for a fast flow. When this happens it’s time to change to a fast flow nipple. Check your bottle types and the nipple sizes that go with them. They are usually identified as slow-flow, medium-flow or fast-flow.

While the nipples are identified by age, your little one may need the next flow size earlier than they should. Always have a few of each size on hand. It’s also important to make sure your nipples haven’t expired and aren’t damaged. For more information on this, consider reading an article I wrote about whether bottle nipples expire.

It’s possible that something is obstructing the airflow valve. This can happen when you or your little one unintentionally holds your hands over the valve. An airflow restriction can be a result of some clogged milk being lodged in the small valve hole.

Milk clogs in components of the bottle when they aren’t cleaned properly. If you’re mixing formula inside the bottle, it’s common for unmixed milk to get stuck in the valve. A good idea would be to mix the formula in a jug and then pour it into the bottle. This might prevent the dry formula from building up in the valve.

To avoid nipple collapse or leaking bottles it’s necessary to check if the bottle, cap ring, nipple and other parts are from the same manufacturer. Different components can cause cap rings and seals to not work correctly.

Essentially, the venting system on a baby bottle works by giving air bubbles an escape route. In more traditional bottles, a buildup of air bubbles ends up in your baby’s belly. As the baby is sucking the nipple, the built-up air bubbles are sucked in. This is the main reason for colic, gas and reflux in babies. 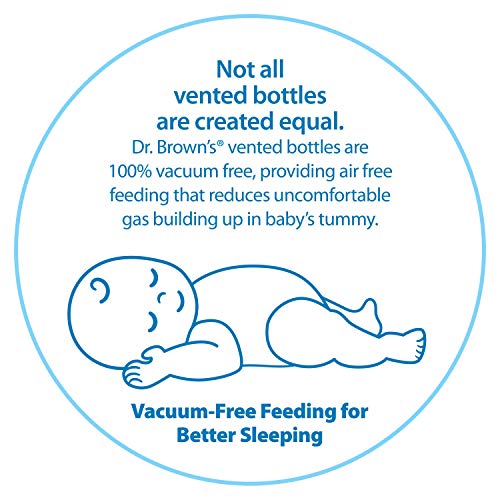 In a venting system, the bubbles are forced back into the bottle and out through a venting system. If the straws, caps or rings that make up the venting system are not assembled correctly, or left out, the nipple will collapse or leak. It’s important to use the bottle with all its venting components even when your baby isn’t feeling colicky.

Bottles that work with an internal vent system may leak or have the nipple collapse if they are overfilled. When overfilled, the liquid goes over the “full” line marked on the bottle. That causes the vent to not function correctly which in turn can cause the nipple to collapse.

Having a hungry, fussing baby eager for their bottle might have led you to do a quick assembly of the bottle and its components. It’s not uncommon for improper assembly to cause nipple collapse. 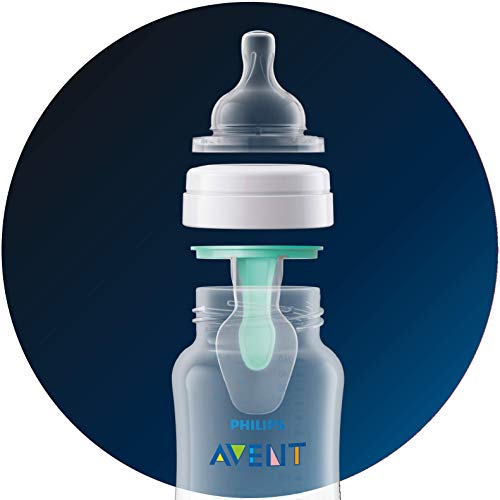 Generally, the easiest way to fix a baby bottle with a collapsing issue is quite easy. Simply pull the collapsed nipple in the direction of the valve until it opens up. Different brands may have different causes and ways to fix them.

How to keep Tommee Tippee nipples from collapsing

Tommee Tippee is one of the most popular alternatives for moms who breastfeed. Since the nipple mimics the feel of the mom’s breast, it makes it easier for the baby to alternate between the two. The nipple used on these bottles is notorious for collapsing. 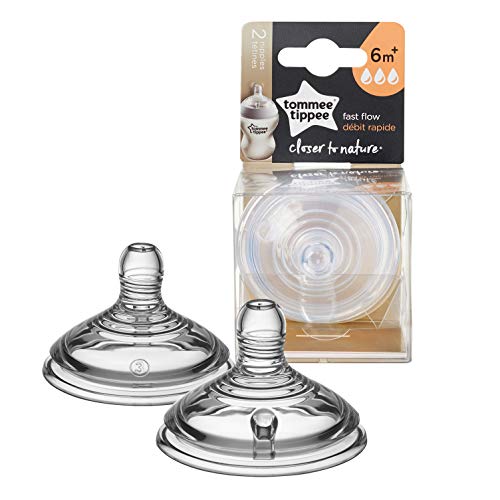 Fortunately, it’s very easy to avoid a collapsing issue on a Tommee Tippee nipple. It usually happens because the vent in the nipple seal has closed. To avoid this, simply follow these easy steps:

If you have these types of bottles, you should read my article about Tommee Tippee bottles leaking.

How to keep Avent nipples from collapsing

Avent bottles often have a collapsed nipple because of clogged milk being caught up in the valve. This in turn blocks the airflow. Another reason for collapsed nipples in these bottles stems from incorrect size nipples being used.

In addition to sterilizing the bottle regularly to release the clogged milk, it’s important to ensure you’re using the right size nipple on. Follow these few steps to ensure the valve is opened properly:

I’ve included a handy video to show you how simple it is to fix a collapsed nipple on an Avent bottle.

How to keep Medela nipples from collapsing

Medela nipples often collapse because the tops of the bottle are screwed on too tightly. This results in a pressure build-up. You might have to change to the next flow nipple sooner than you had anticipated. Using the wrong size nipple has also been noted as a common problem for Medela nipples collapsing or Medela bottles leaking.

How to keep Dr. Brown nipples from collapsing

If you’ve ever used a Dr. Brown bottle, you know that its venting system is different from an average baby bottle. First time Dr.Brown users might have to practice handling the vent system to get the hang of it.

There’s no valve on the base of the nipple. Instead, there’s an internal system that’s made up of a wide neck straw and a silicone cover inside the ring cap of the top. This unique venting system prevents milk from mixing with the air inside the bottle. No air gets sucked into your little one’s tummy.

To prevent nipple collapse, ensure that components are properly cleaned and assembled correctly. Another tip here is to avoid closing the top too tightly or this will cause a build-up of pressure. It’s important to know when to stop using the Dr. Brown vent system.

How to keep NUK nipples from collapsing

The NUK nipples are similar to Avent: they collapse because of milk and debris stuck in the components. All components need to be cleaned and sterilized after every feeding.

Additionally, ensure that all components are from the NUK brand and fit correctly. It’s necessary to use the vent that’s located at the base of the nipple.

No matter which brand of baby bottles and nipples you’re using, the good news is there’s a way to avoid the nipples from collapsing. Knowing what the most likely causes make it easier to avoid any issues during feeding.

By following the guidelines I’ve highlighted, it should be easy to avoid any hiccups related to nipple collapse. Take the stress out of feeding time!

By the way, I’ve compared several of these top baby bottle brands on my blog. What about starting your reading marathon by comparing Avent vs MAM bottles or Avent vs Dr. Brown’s? 🙂